The Swans took home the WPWL Cup for the second time, following a 4-1 win over Cardiff City in last night’s (26th May)  Final at Dragon Park.

Meeting for a second time in the competition, after being drawn together in the Group stages, Swansea and Cardiff faced off in the last ever WPWL Cup final.

Hattrick hero from the semi-finals, Phoebie Poole opened the scoring for the Bluebirds; Catherine Walsh tried her luck from outside of the box, but her shot was parried by Swans keeper Claire Skinner into Poole’s path for her to finish the job and guide the ball into the net.

The youngster remained active and had further chances throughout the game, but it was Swansea who got the next goal after a cross from the right by Laura Davies was met by Tija Richardson, levelling the score just before half time.

The Swans came of the blocks quickly for the second half, Katy Hosford’s free kick finding it’s way past Charlotte Hastings to take the lead for the first time. Stacey John-Davies doubled their advantage four minutes later, picking up a stray pass on the edge of the box, she confidently slotted home.

Swansea survived a goal mouth scramble from a corner that saw the ball cleared off the line, before John-Davies added a fourth with less than 10 minutes to play to seal the win. A Hosford pass was deflected into John-Davies’ path and a well struck right-footed shot hit the back of the net.

Al the highlights can be found on Sgorio’s YouTube channel. 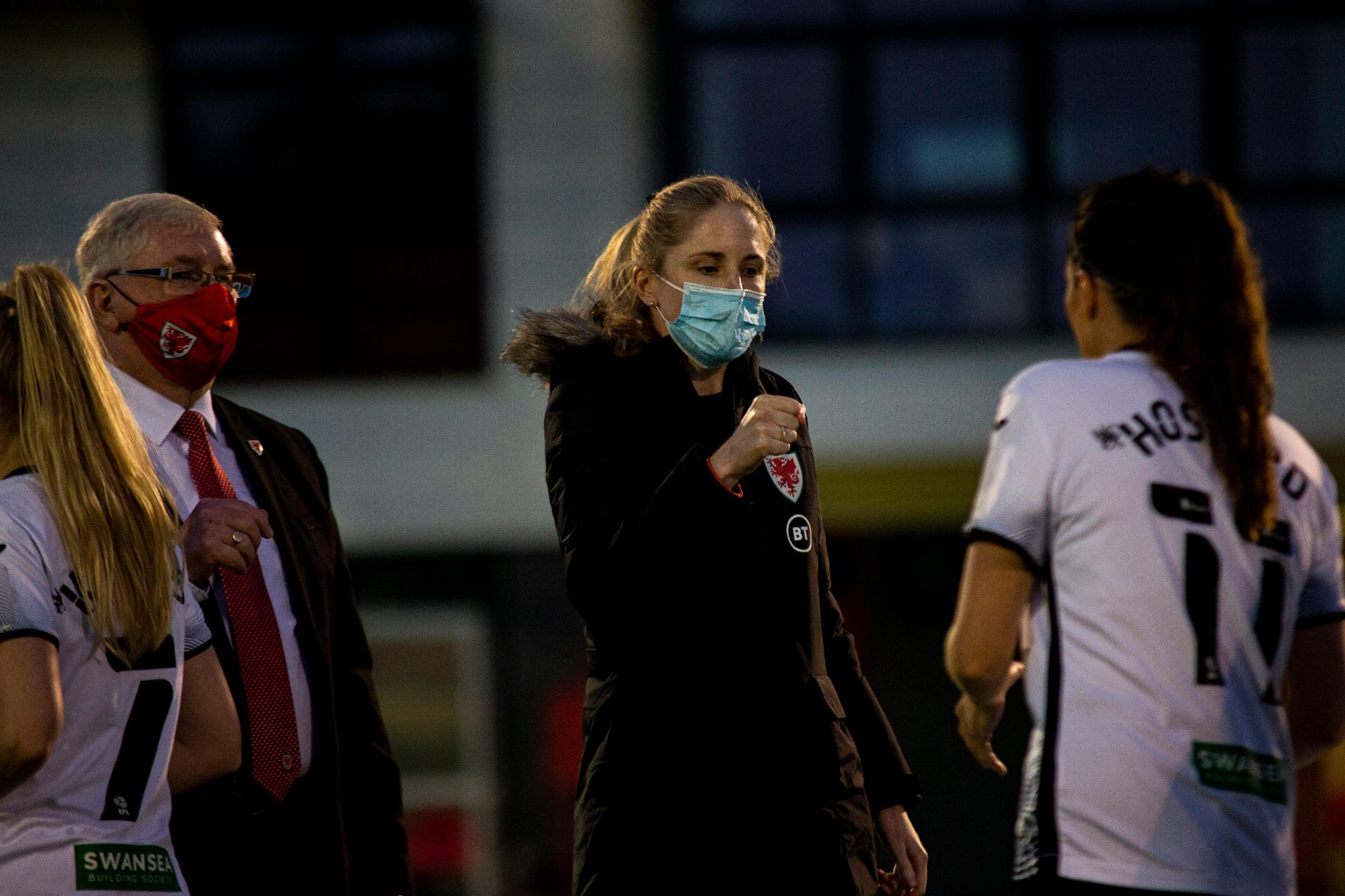 The trophy was presented by new National Team Head Coach Gemma Grainger and Vice-Chair of the National League Board, Dai Griffiths.

The match brings to a close the WPWL Cup competition as it has been for the past eight years, being introduced in the 2013/14 season. Four teams have won the trophy in these years, with Cardiff Met both the first winners and also taking the title three times, more than any other team.

With the restructure of the top two tiers of women’s football coming in for the 2021/22 season, the Cup is also being revamped to include Tier 2, who will play in a preliminary group stage round before Tier 1 joins at the Round of 16 stage for knock-out fixtures. To reflect the new format, the competition will also be renamed and rebranded, both of which will be announced in due course.

The New Saints and Aberystwyth picked up the fewest points from disciplinary offences in their respective leagues.

The club have confirmed the merger, as the side embark on a new future.

The Football Association of Wales has today (31 May) announced the clubs that will play in the new Tier 1 and Tier 2 leagues in the 2021/22 season, replacing the Welsh Premier Women’s League.