Ahead of the Nathaniel MG Cup semi-finals this weekend, no one has scored more goals in the competition this season than Taffs Well forward Ethan Cann.

The 20-year-old has four to his name, impressively finding the net in every round so far as the JD Cymru South outfit have progressed past Ynyshir Albions, Trefelin BGC, Haverfordwest County and Afan Lido. It has been quite the hot streak.

“The cup run has been great,” Cann says. “The win over Haverfordwest was a big confidence boost and it was a fantastic occasion because we were at home and able to celebrate with all of the fans.

“Obviously it’s been really successful for me personally because I have been scoring frequently. I’m still young so I want to keep on playing good football and hopefully more goals will come.”

Taffs Well’s toughest challenge yet awaits them in the semi-final this weekend as they travel to Connah’s Quay Nomads, who lifted the trophy last year for the third time.

Neil Gibson’s side are currently second in the JD Cymru Premier and are on a 12-match unbeaten streak, but Cann appears unphased by the task ahead.

“We are all very excited for the game, everyone is up for it,” he says. “We have been drawn against probably the biggest team left in the competition and have to make the journey up to north Wales, but we can’t wait.

“It is one of the biggest games in the club’s history and will definitely be the biggest game that I have played in. It’s a big opportunity to test ourselves against top level players, so we will give everything for sure. We will prepare in the right way and make sure we are mentally ready for the test.”

The Wellmen are the only team in the last four who do not play in the JD Cymru Premier, but it is clear that Cann and his team-mates are relishing the underdog tag. 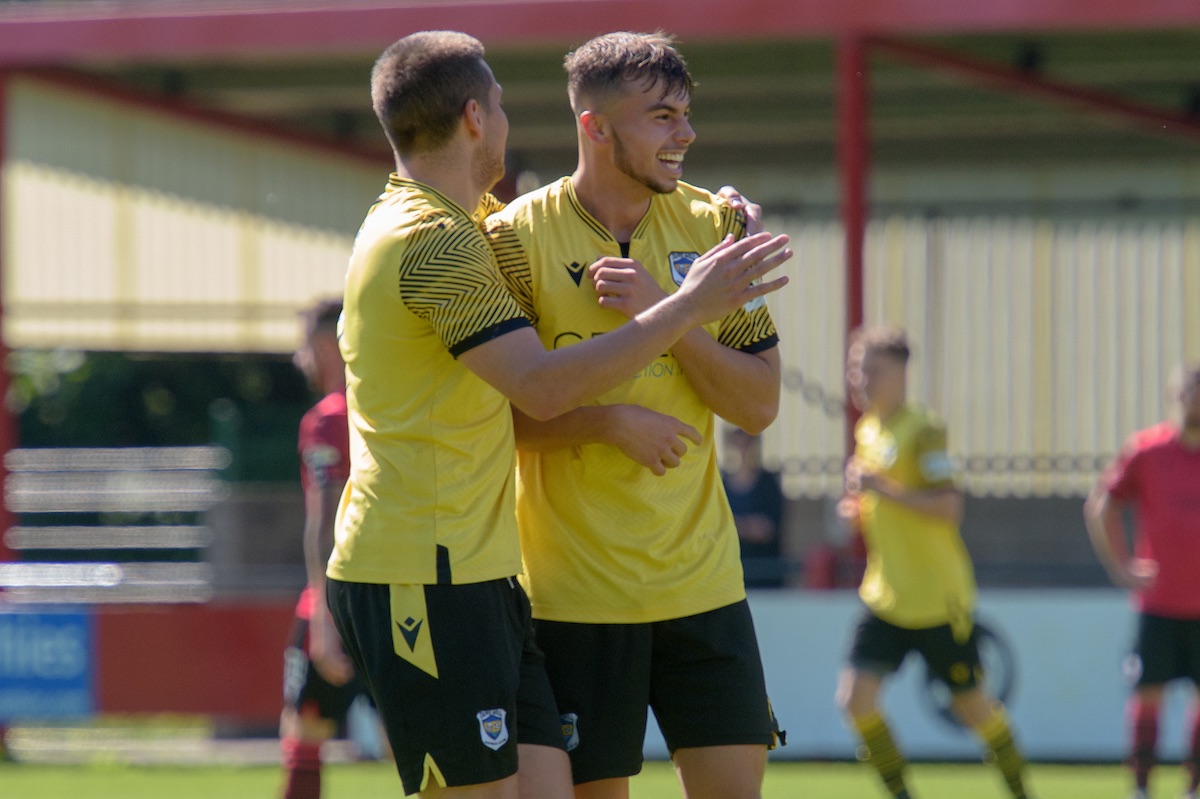 “We are punching well above our weight, but we deserve to be in the semi-finals on merit. The pressure will be on Connah’s Quay because they will be the big favourites, so we will go out to enjoy it and hopefully get a result.”

As well as beating Haverfordwest in this competition earlier in the campaign, Taffs Well gained experience of facing top flight opposition last season when they met Penybont in the JD Welsh Cup.

Craig Sampson’s team were 2-1 up with three minutes of normal time remaining and looked to be on course for a famous victory at the SDM Glass Stadium but conceded twice in a matter of moments to fall to defeat.

“Playing Penybont was a good experience but this is even bigger because it is a semi-final,” Cann says. “Our confidence has grown since then and we know each other as a group much better. Last year felt like we were still a work in progress, whereas now we are definitely a strong team.”

With his team on the verge of history, Cann stresses how much it would mean for Taffs Well to reach the Nathaniel MG Cup final for the first time.

“It would be massive. Everyone behind the scenes who do so much for the club would deserve it, it would be amazing for the fans and as a group of players we would be absolutely buzzing.”

The draw for the Semi Final of the Welsh Blood Service League Cup was conducted today (1st December) at the FAW HQ in Hensol.

A round-up of all the action in the JD Cymru North & South this weekend.

There are no fixtures in the JD Cymru Premier this weekend, but there is still action to enjoy in the second tier. Here are the key games to watch in the JD Cymru North and JD Cymru South.